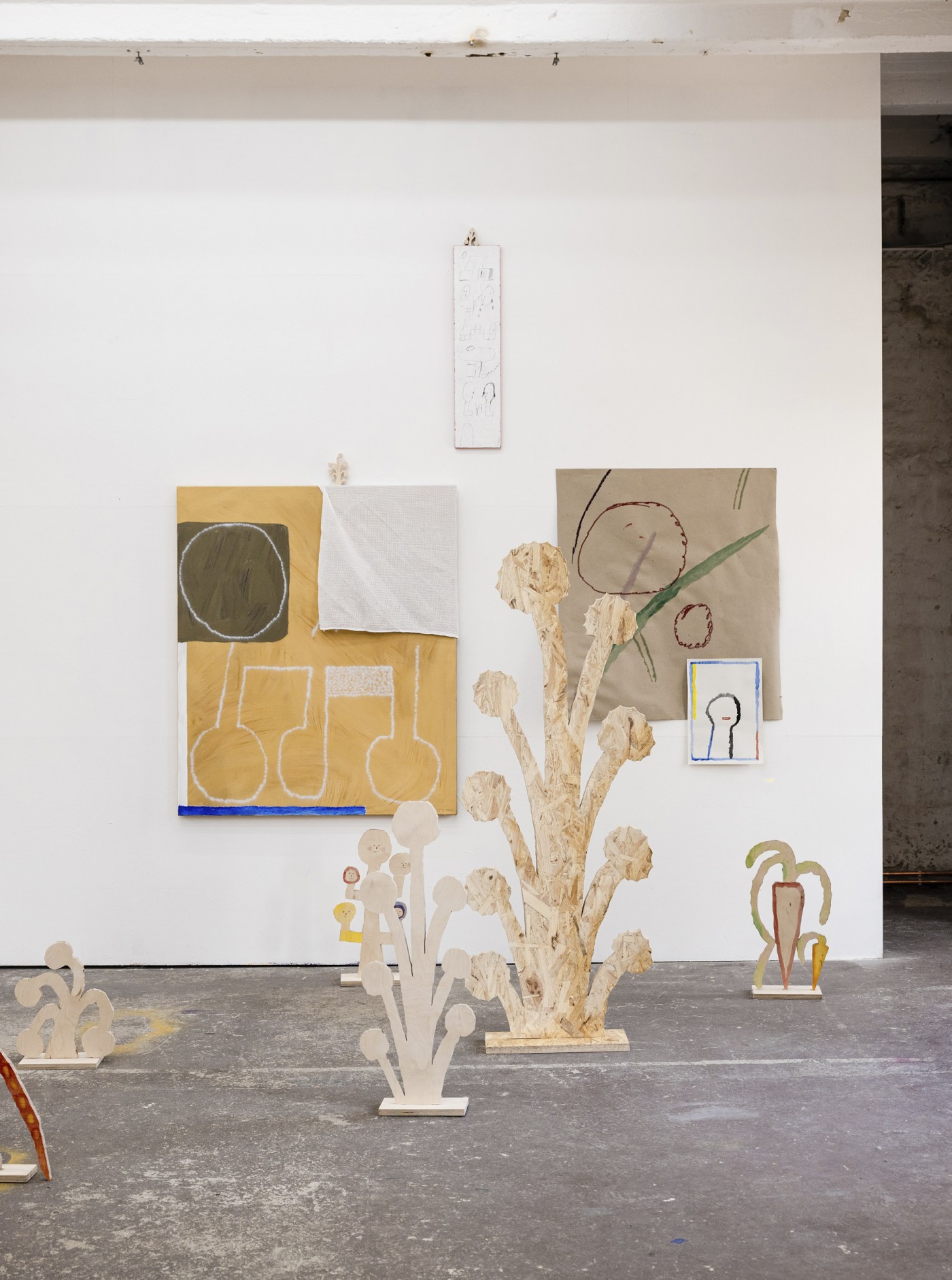 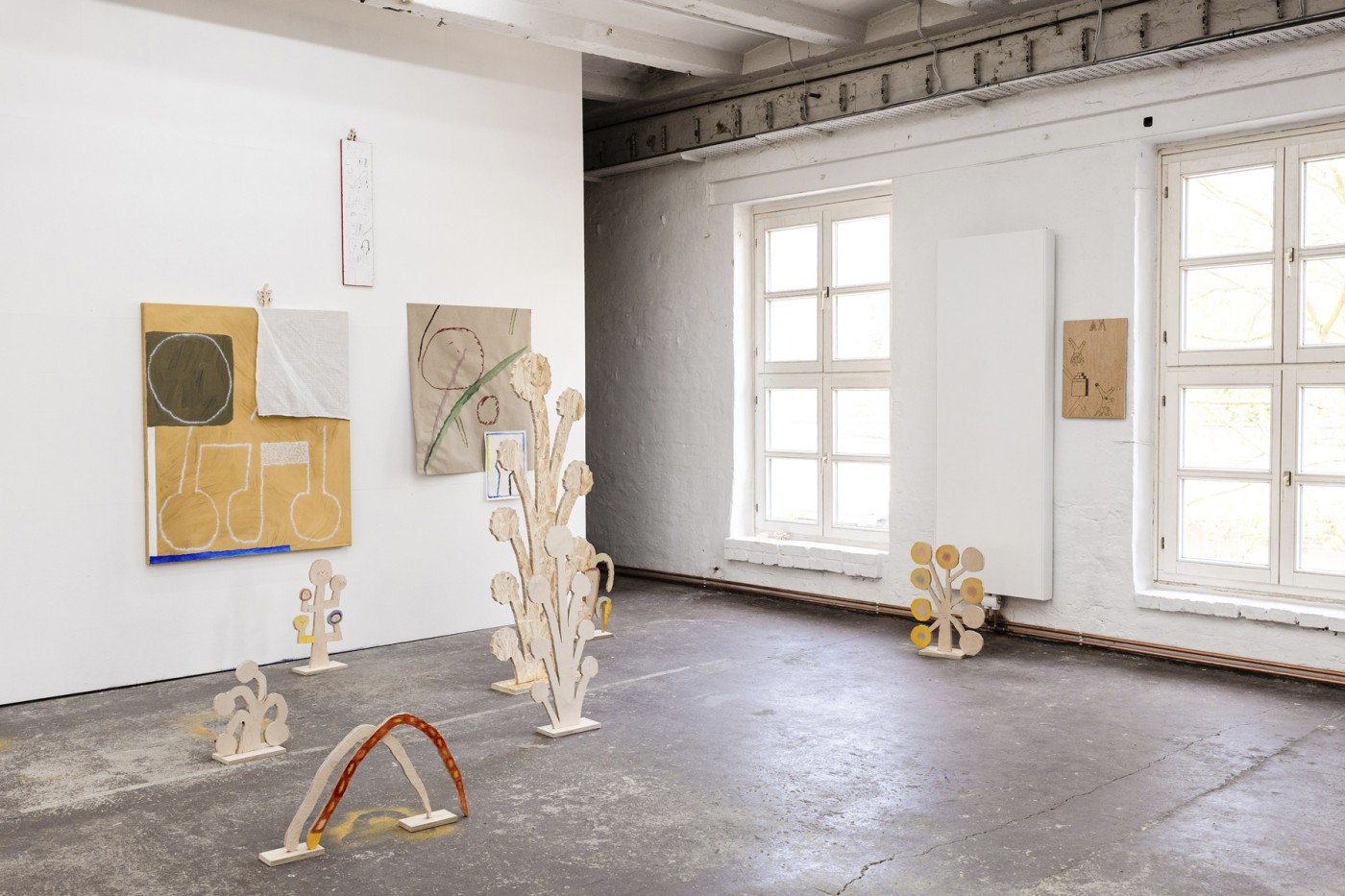 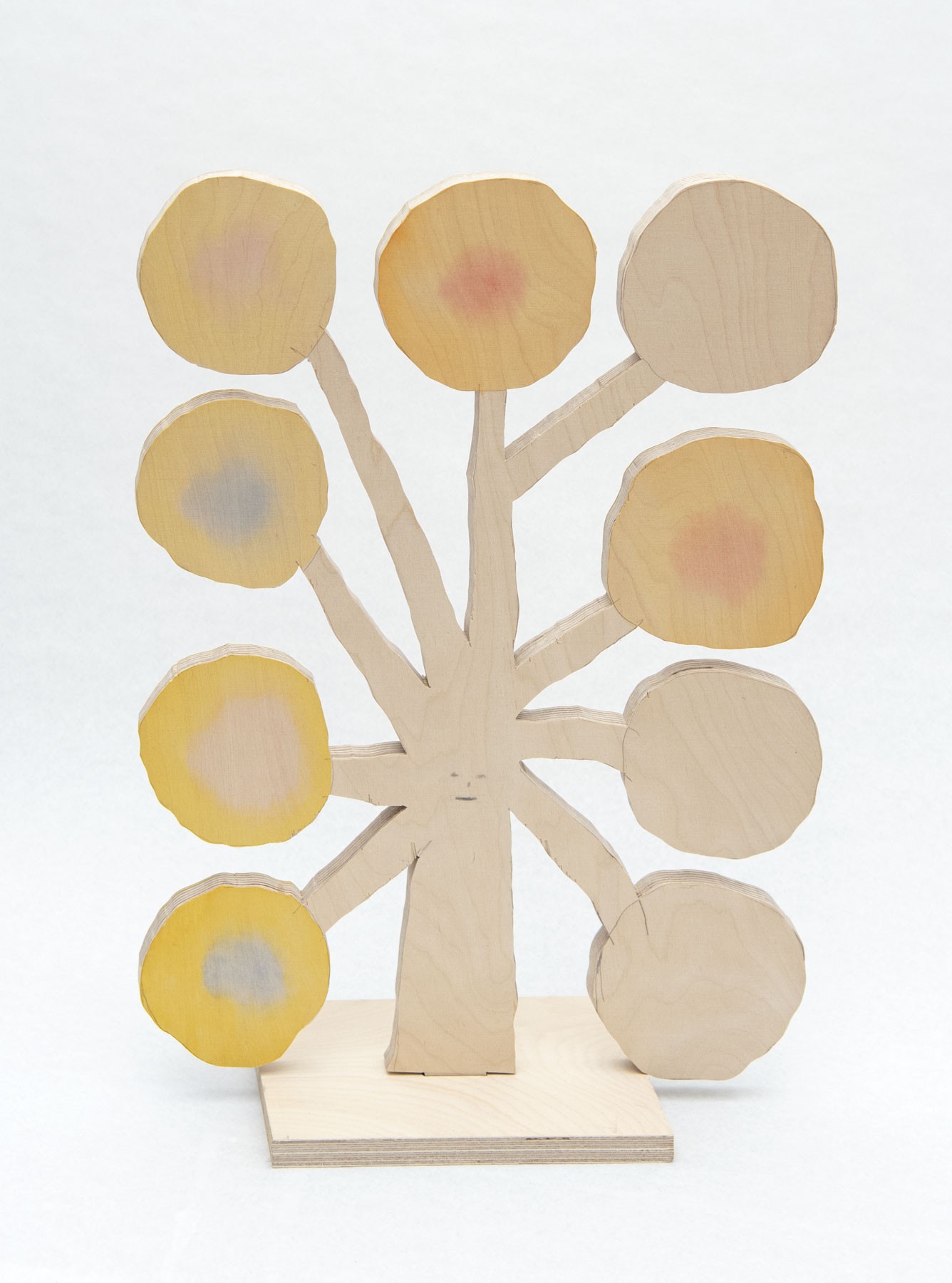 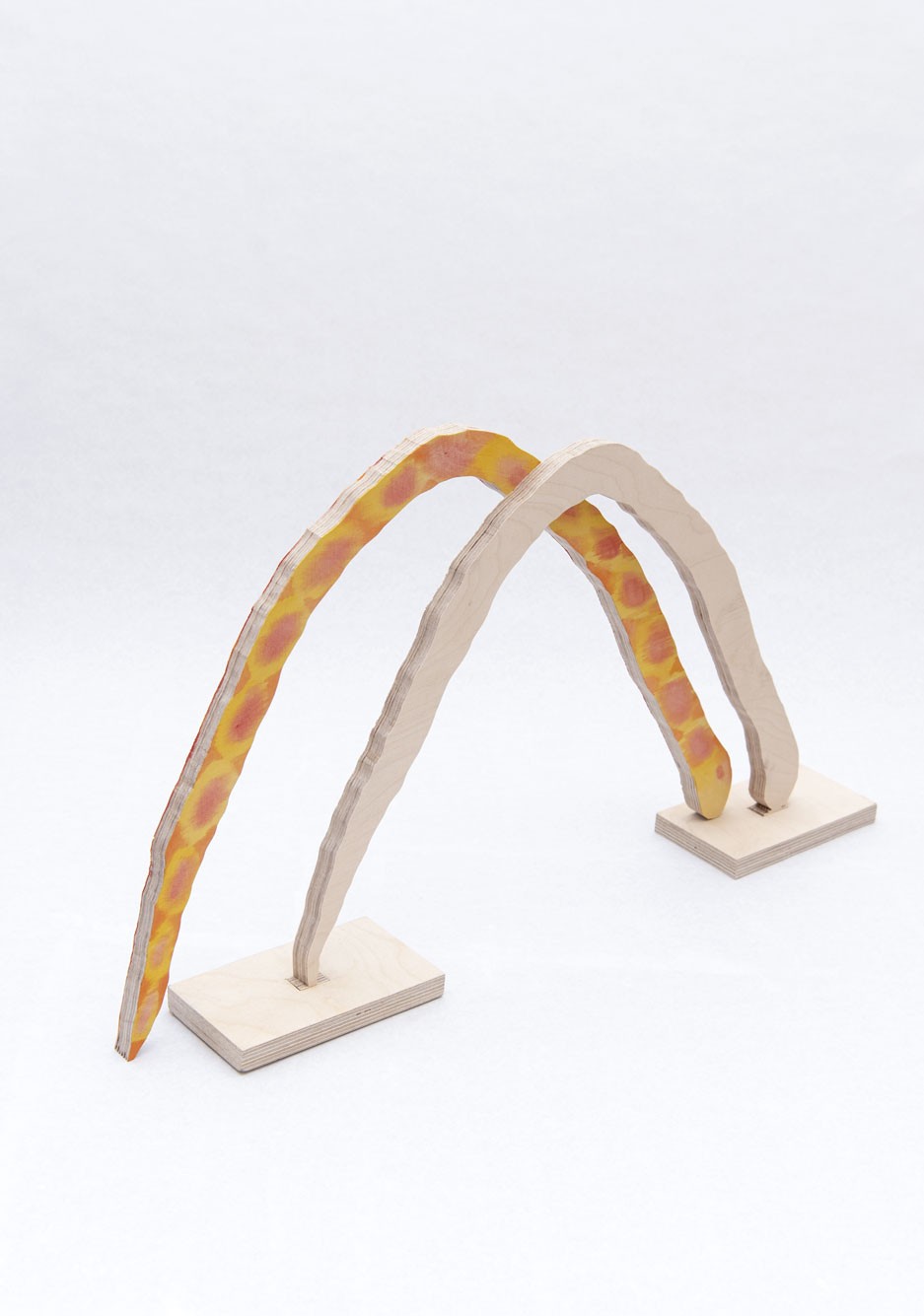 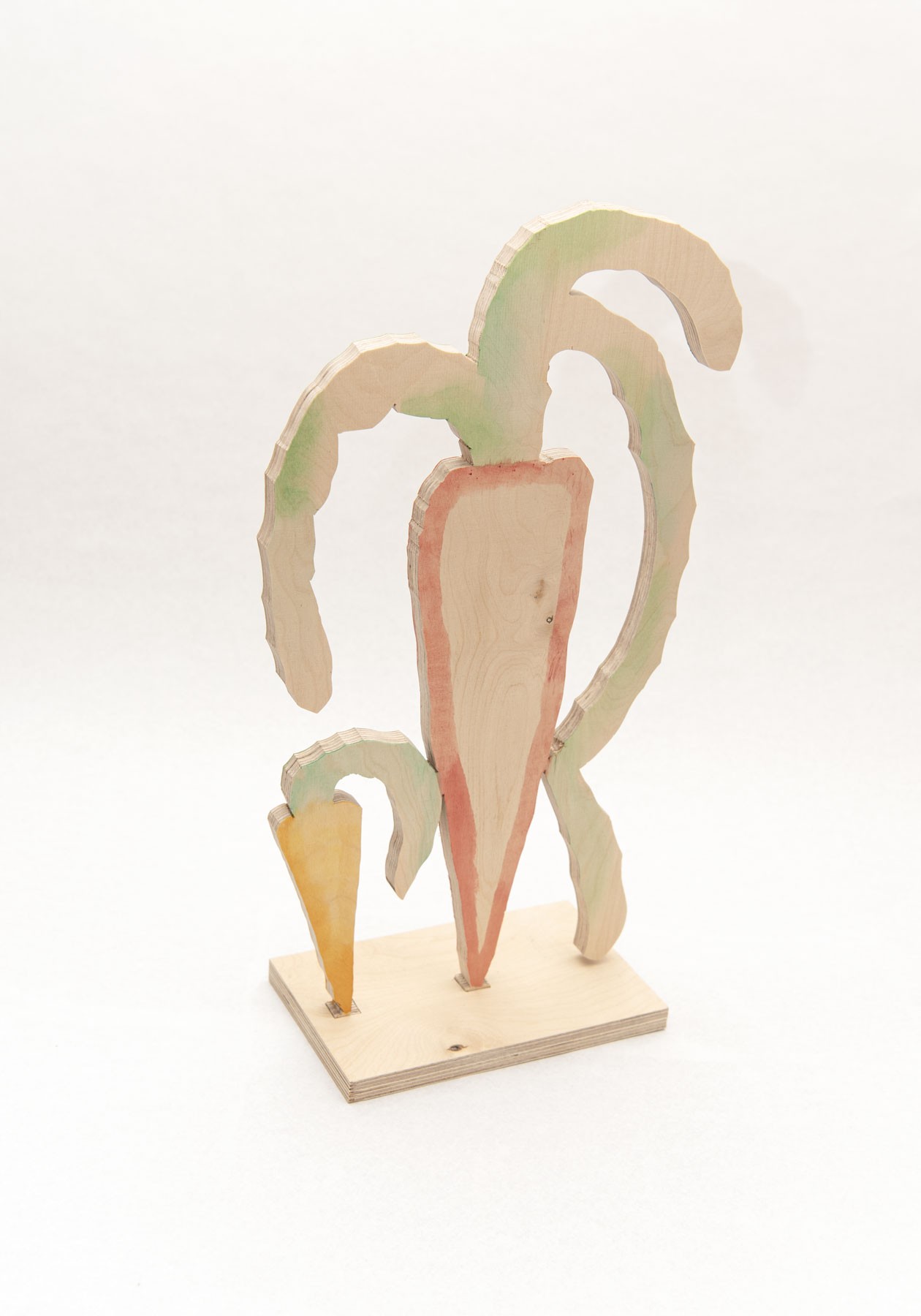 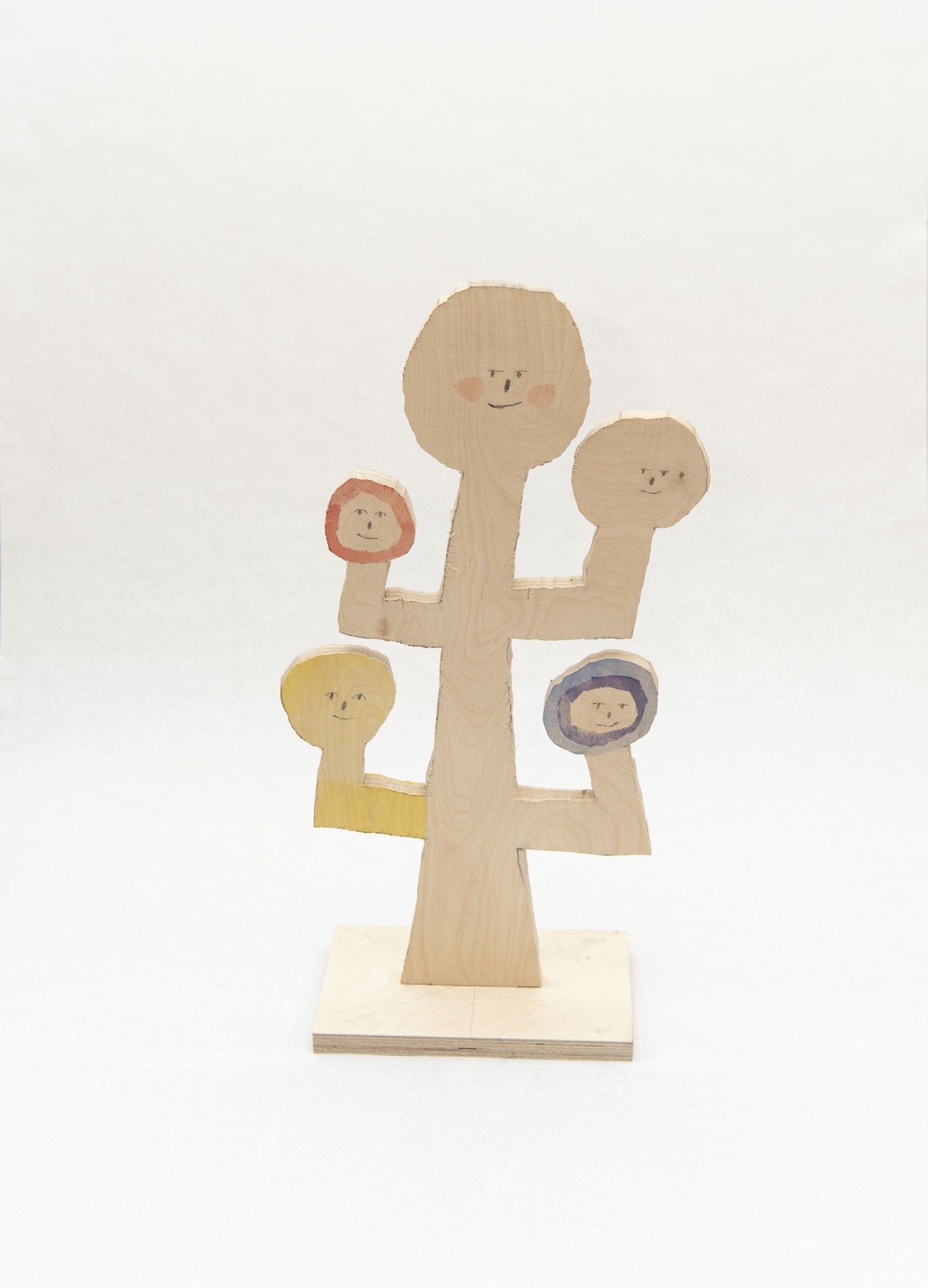 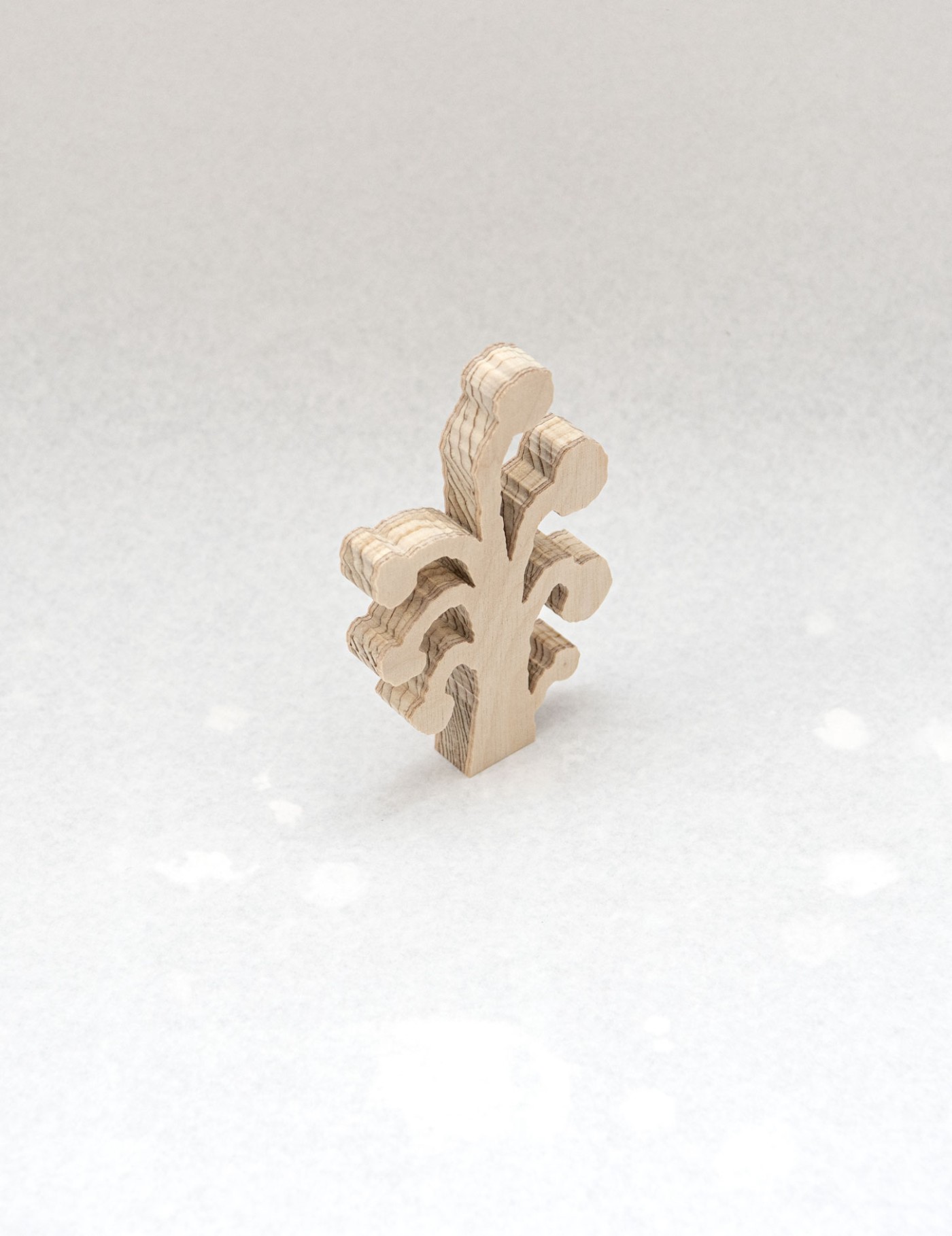 This work was developed within a bigger project of mine which is titled "Wildlife". Its theoretical background is dealing with the relationship between mankind/ culture and nature. I was interested in alienation processes and self-images of various cultural and ethnical groups regarding their relationship to nature and its elements. There's several indigenous tribes in the south american amazonas area for example which understand plants, animals, rocks, et cetera as equal subjects in their cultural cosmos.
Ari is the 2nd name of my daughter and comes from the hebrew word אריה which means lion (you can possibly recognize the abstracted lion in the painting in the middle of the installation). Childish imagination or a point of view which haven't been shaped culturally that much yet is getting mixed up with the topic above. I was trying to build a room where to reflect on your very own schemes of interepretation and maybe even question them.

The work is shown in the group exhibition "Je Joue" on the first photo. It took place in April 2022 at Galaxie Neuer Künste in Halle (GER). 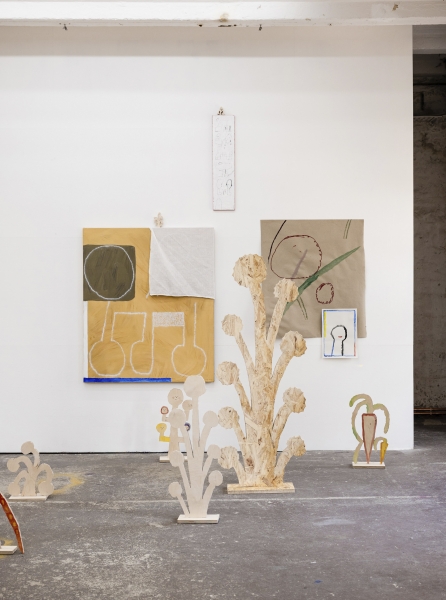 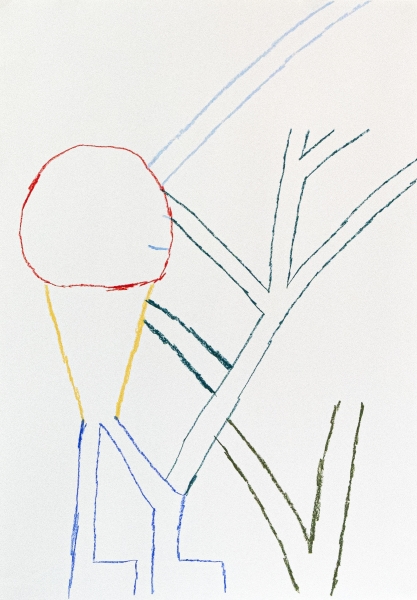 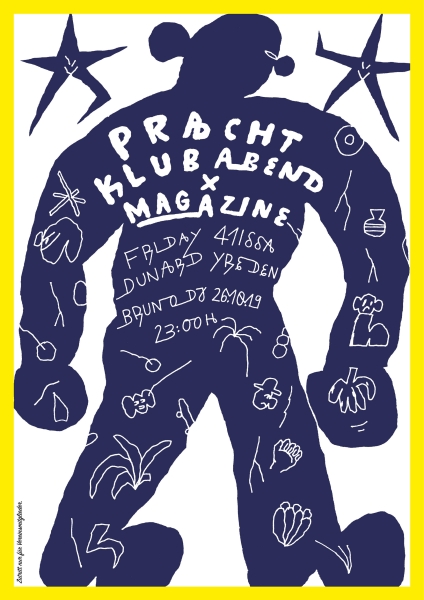 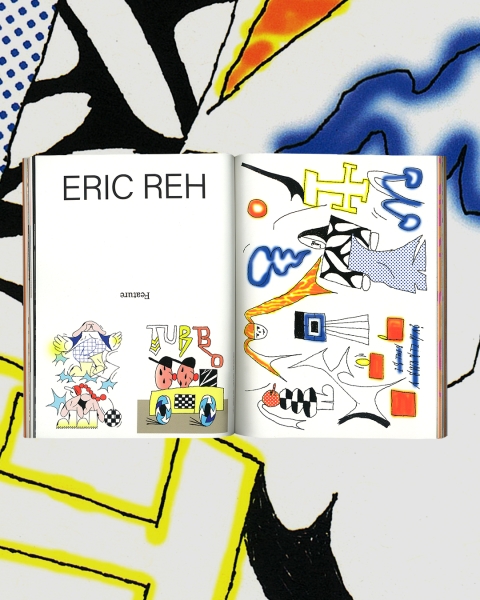 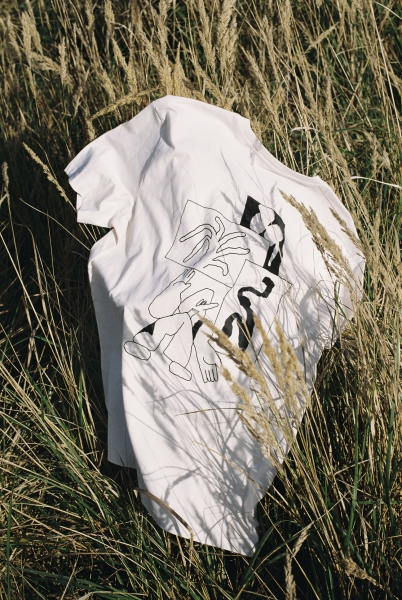 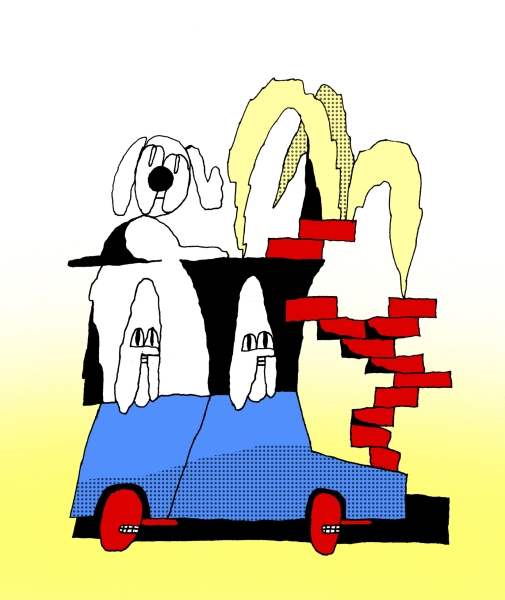 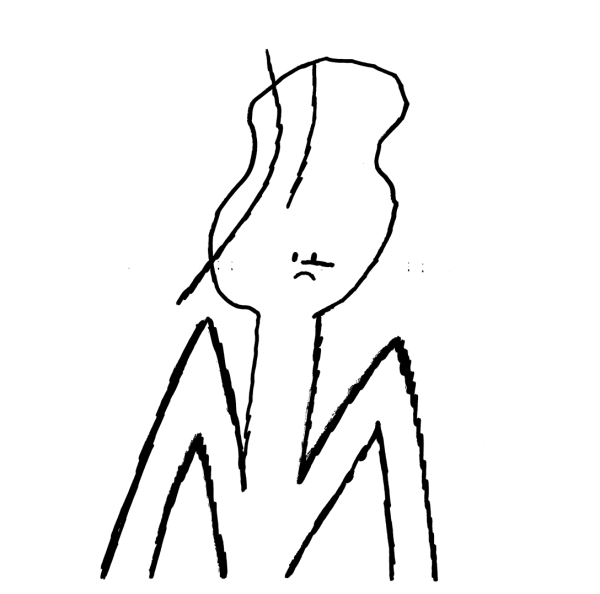 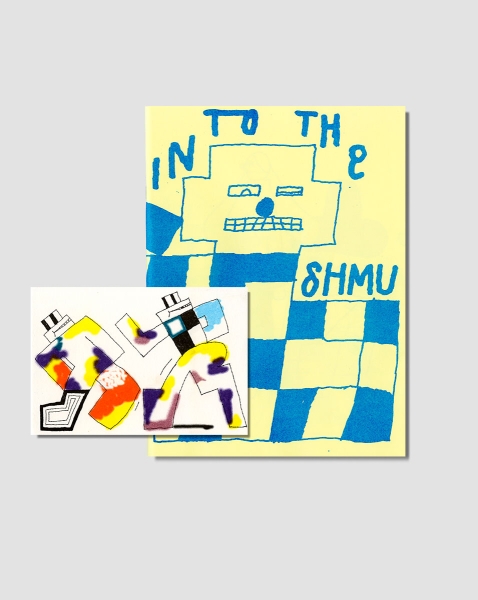 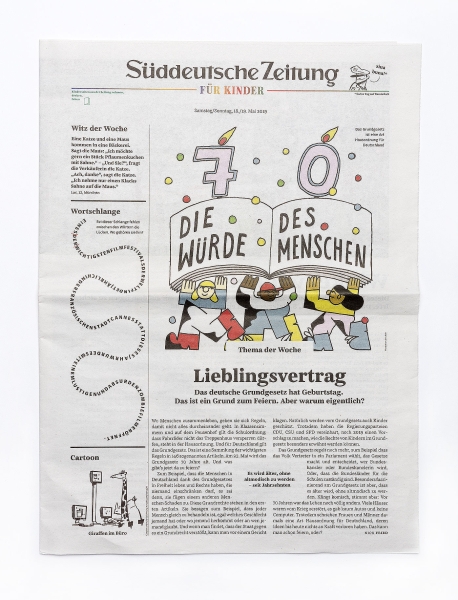 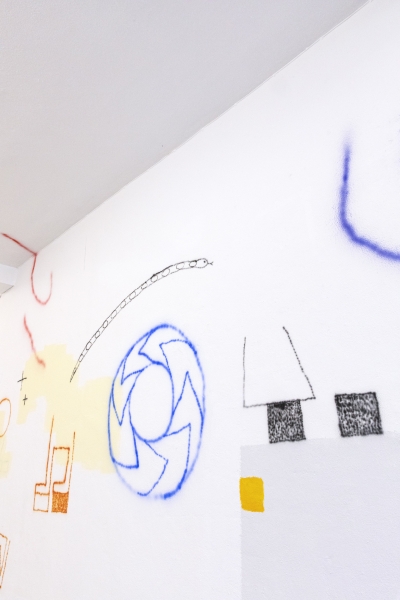 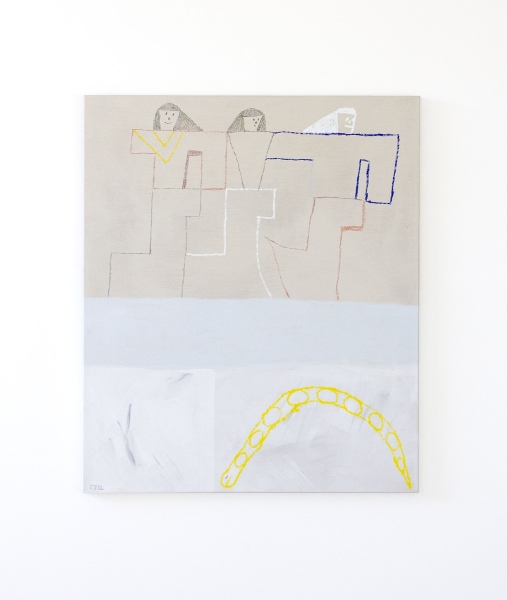 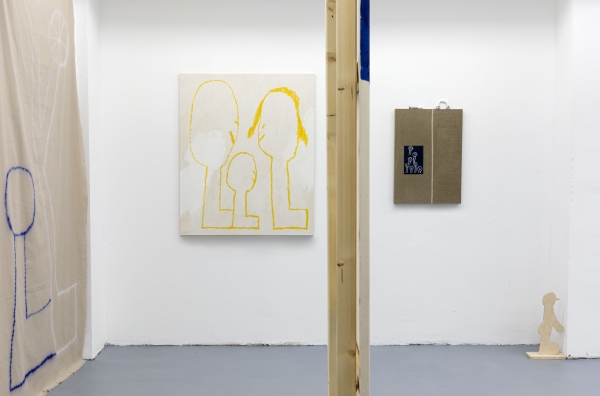 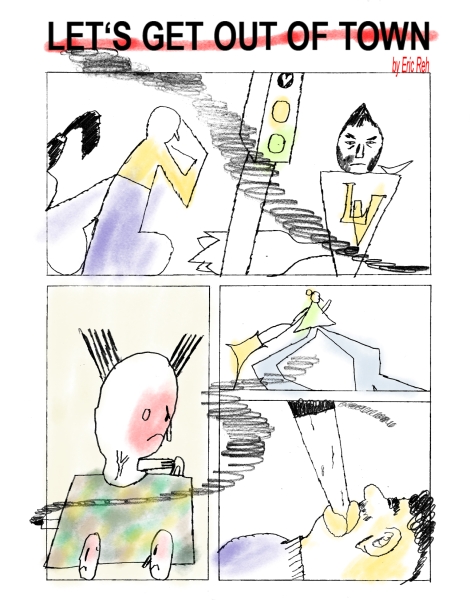 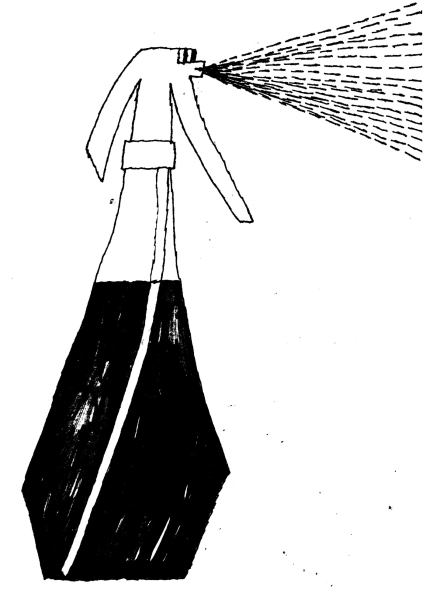 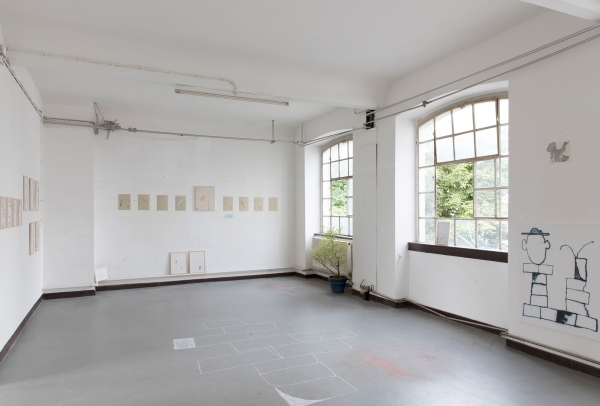